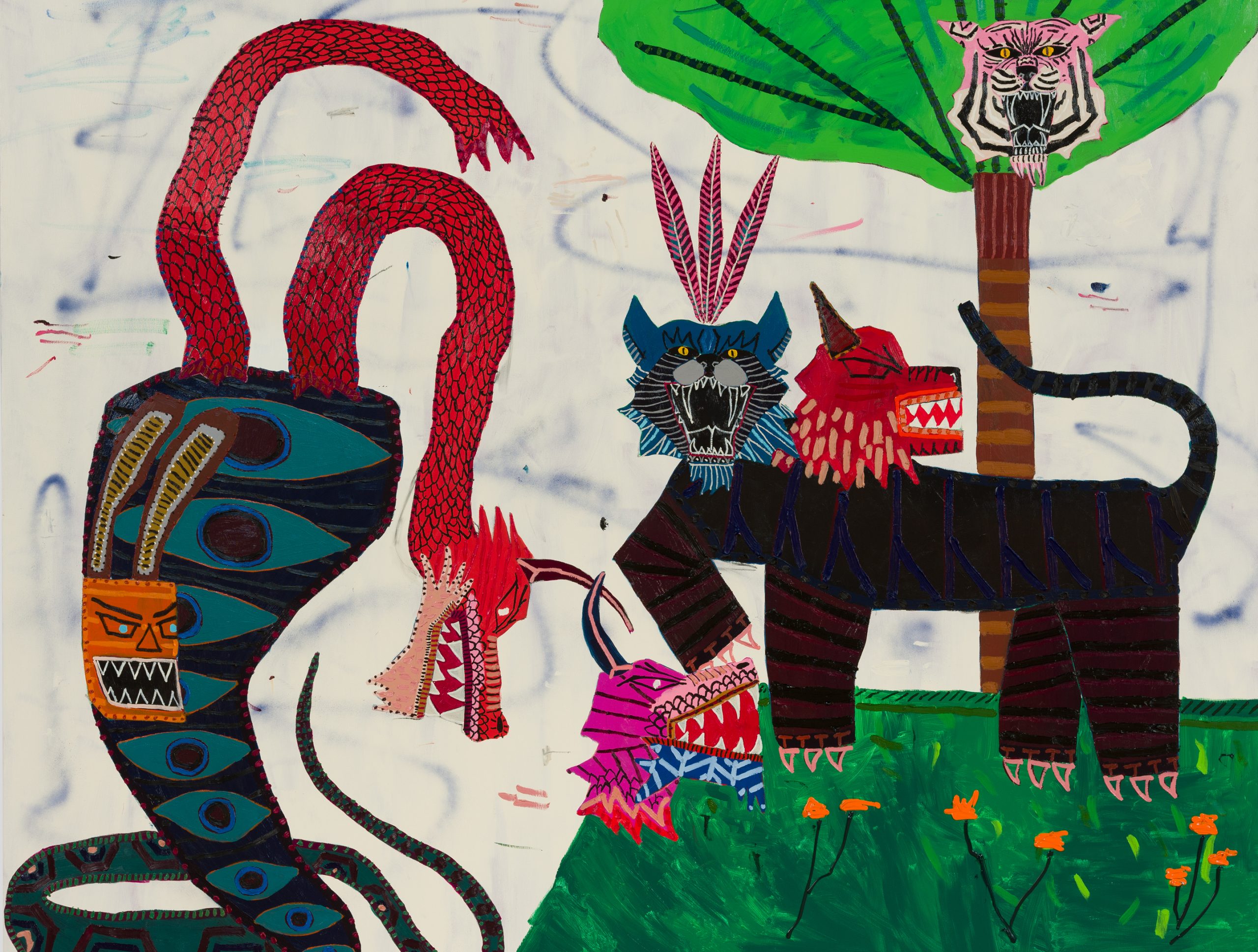 Jordy Kerwick in conversation with Paige Silveria. The artist develops his own visual language, a juxtaposition of domestic objects and wild animals described in fairytales narratives.

PS How long have you been in France?

JK Three years. We live in a little village, adjoining a larger municipality. I don’t know why we moved here, to be honest. Just something to do, in terms of it being small and quiet.

PS Especially in comparison to where you’re from in Australia, very much the opposite?

JK It’s a bit more metropolitan in Australia, busier. It’s a little parallel version of the states. Go go go. There’s not much happening here. It’s quiet. You can breathe.

PS Tell me about the work you’re making.

JK It’s playful, pretty raw. Bold. Something people can understand with relative ease. It’s not too complex. It’s relatable. We’ve all been kids and drawn fantastical things. Some people won’t necessarily see my desperation in trying to remain young, in the work that I install. I’m almost 40 and I don’t want to grow up. It hasn’t happened yet and I’m not too sure it’s going to happen now.

PS How would you define growing up? What part are you afraid of?

JK I think a lot of people model their definition of adulthood off of their parents. And mine were very responsible and had their shit in order. They made, you know, smart moves. My wife and I basically have done the opposite in a lot of ways. So as a model, I think if I compared myself to how my father was, I always feel very young, kind of stupid, irresponsible — you know you can only compare your life experiences off of the people you modeled at some point. 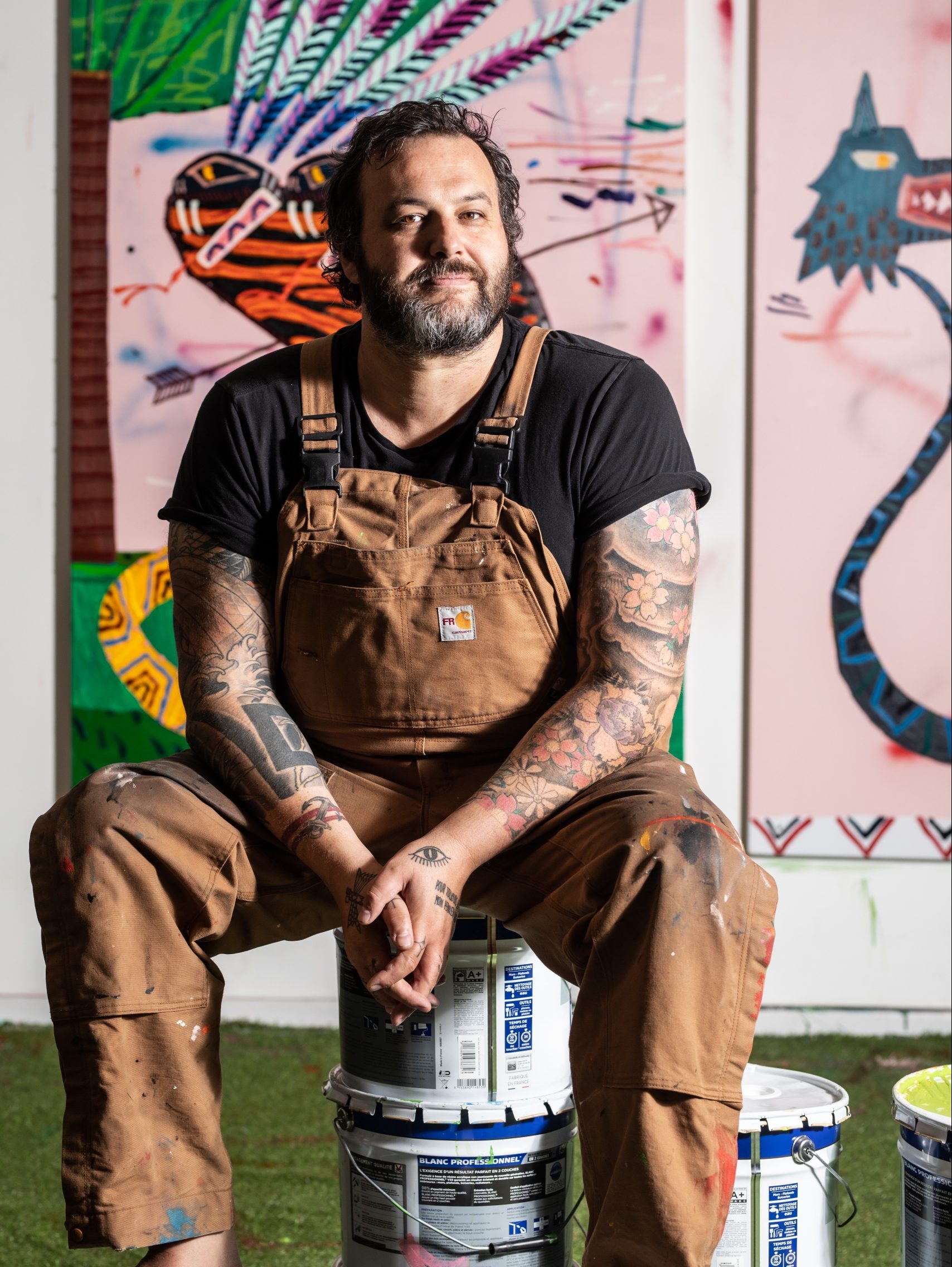 “The work I’m making is playful, pretty raw. Bold. Something people can understand with relative ease. It’s relatable we’ve all been kids and drawn fantastical things.”

PS You’re creating a new model for your children.

JK Yeah that’s true. And I think there’s some good stuff in there. And there’s some parallel stuff in there as well. If they take a harder road, or they fuck up like I have, it’s not always a bad thing. But it does suck. It’s not fun, failing.

PS Let’s talk about your trajectory. Did you go to school for art?

JK I started a few degrees at university, but I pulled out of all of them. I’m not a big finisher. It’s not my thing. So yeah, I haven’t studied. I’ve read a lot of books though; I’ve spent a lot of time looking at art and listening to podcasts, audiobooks, just putting myself through my own little educational process. So I don’t have any qualifications or skills in the art industry.

JK Yeah, well you know, I’m not comparing myself to him, but Francis Bacon was self-taught. I always look at him as a really interesting example, as someone who’s technically an outsider artist, but who’s also well and truly cemented in sort of mainstream God-mode. He’s just a master of color and all the things he did previously really contributed to his mastery of art. And again, I’m not comparing myself to him. He was a genius and I absolutely am not. But in terms of someone to model yourself on, his trajectory and his career, it’s really interesting.

PS You sometimes get labeled as an Instagram artist? How do you feel about it?

JK It sucks a little bit. But it has been instrumental in developing relationships, to networks, etc. But I haven’t learned anything new in terms of art. But it has been great connecting with cool people, mostly.

PS Do you think your success is owed to Instagram? Or was it due to people you knew prior?

JK It’s a healthy mix. I didn’t know many people in the art world prior, maybe one or two. It’s been really good to just meet like-minded people who are trying to make interesting stuff. It’s a great connector and it’d be ridiculous for me to suggest it hasn’t helped. I guess it depends on your definition of what an Instagram artist is, whether or not you like it.

PS How are you feeling about the direction art industry’s moving currently?

JK I feel pretty good about it. I know so many insanely good artists. It’s pretty easy to get caught up in the future, but right now, there’s just a plethora of great artists. Especially female artists, they’re getting more recognition. There’s now more focus put on that, which I think is obviously very warranted; it’s about time — my wife being one of them. I’ve seen first-hand how much more difficult it can be for a female artist. And it’s bullshit. Unfortunately in terms of timing, the speed of progress, I don’t think we’re ever really happy with it. But I think it’s also important to acknowledge that we are moving in the right direction, in terms of having equal opportunity … One thing you notice from the abstract expressionists is that they only had a handful of female artists whose names were thrown around, you know in comparison to the men’s names that get thrown around. Like that quote: “The work is so good, I can barely believe you’re a woman.” I guess that’s what women are up against. Is it too feminine? Is it too soft? All that stuff. It’s good to see my female mates doing really well. I don’t know about the future, but I’m honestly not really worried. I think it’s in good stead.

“I’m creating a lot of hyper-realism – new design ideas. I need a lot of time, because it could look awful, you know?” 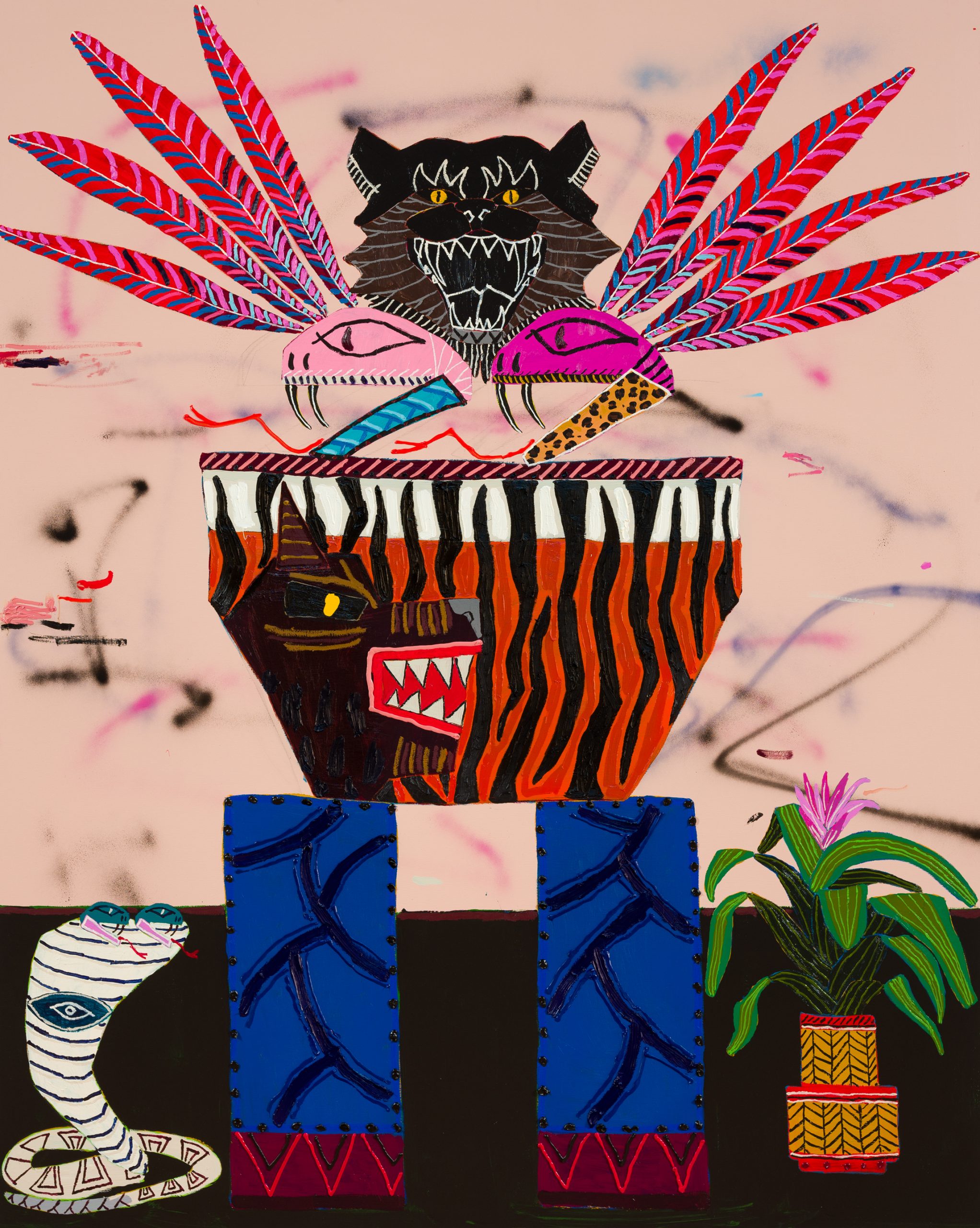 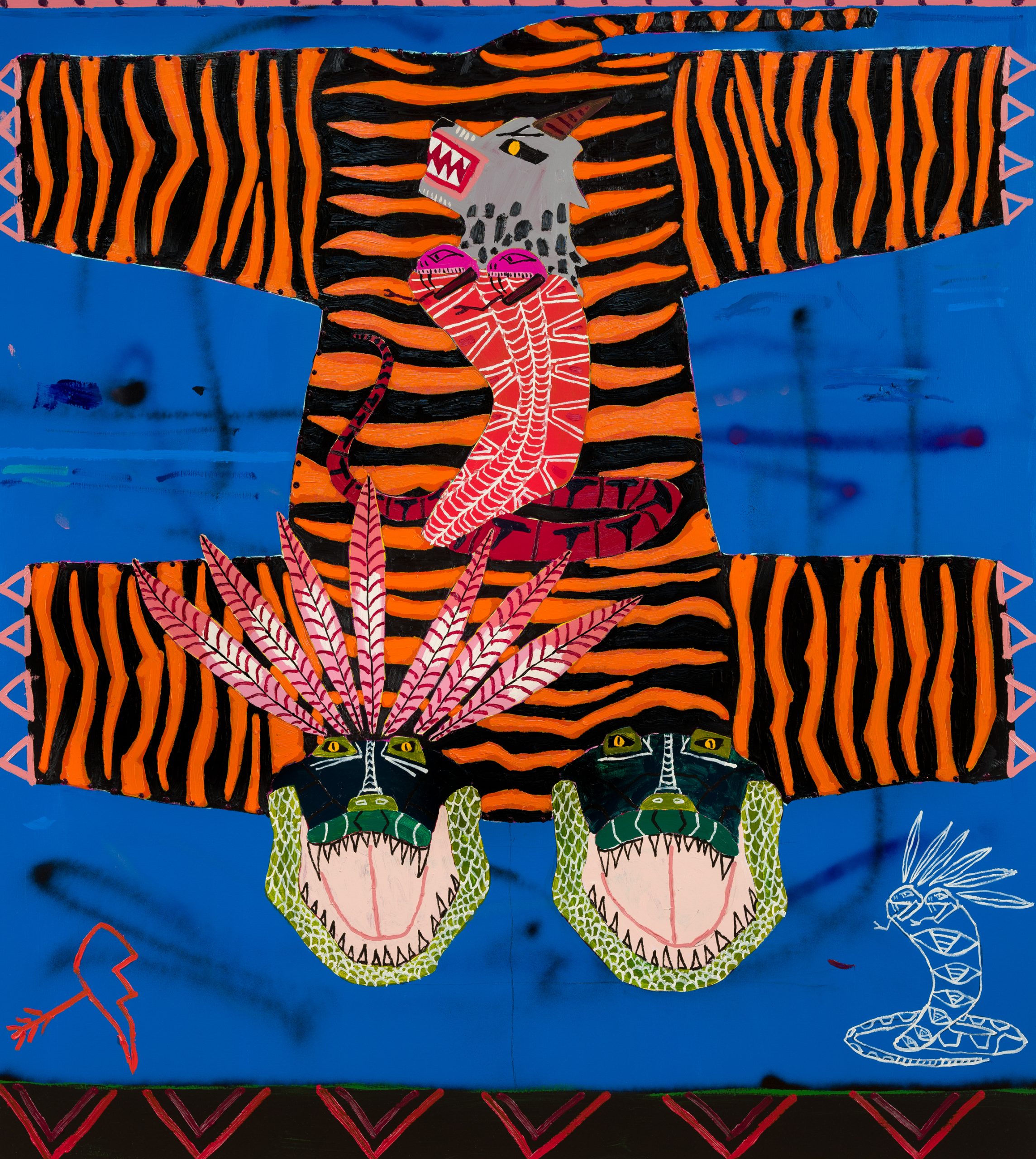 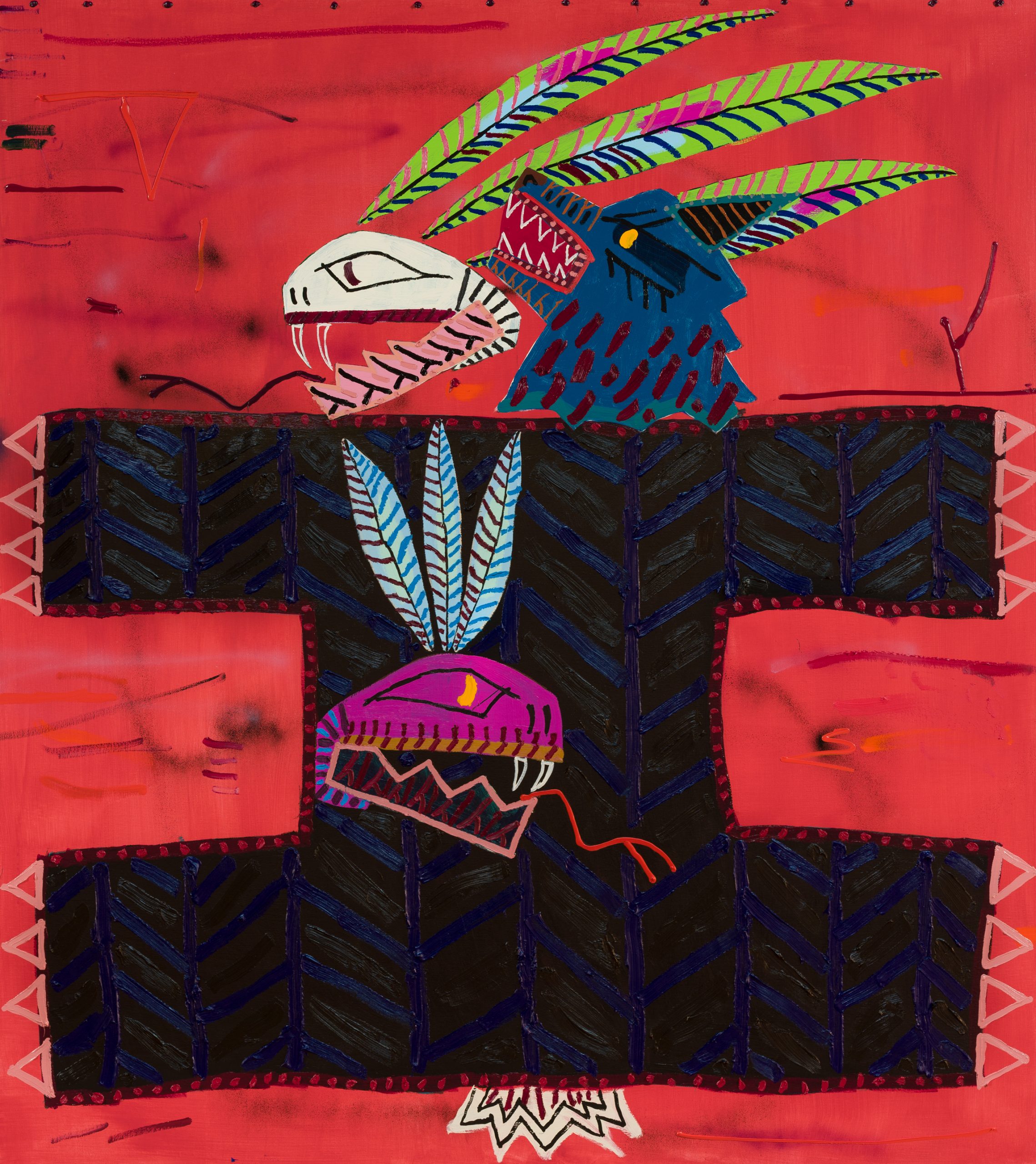 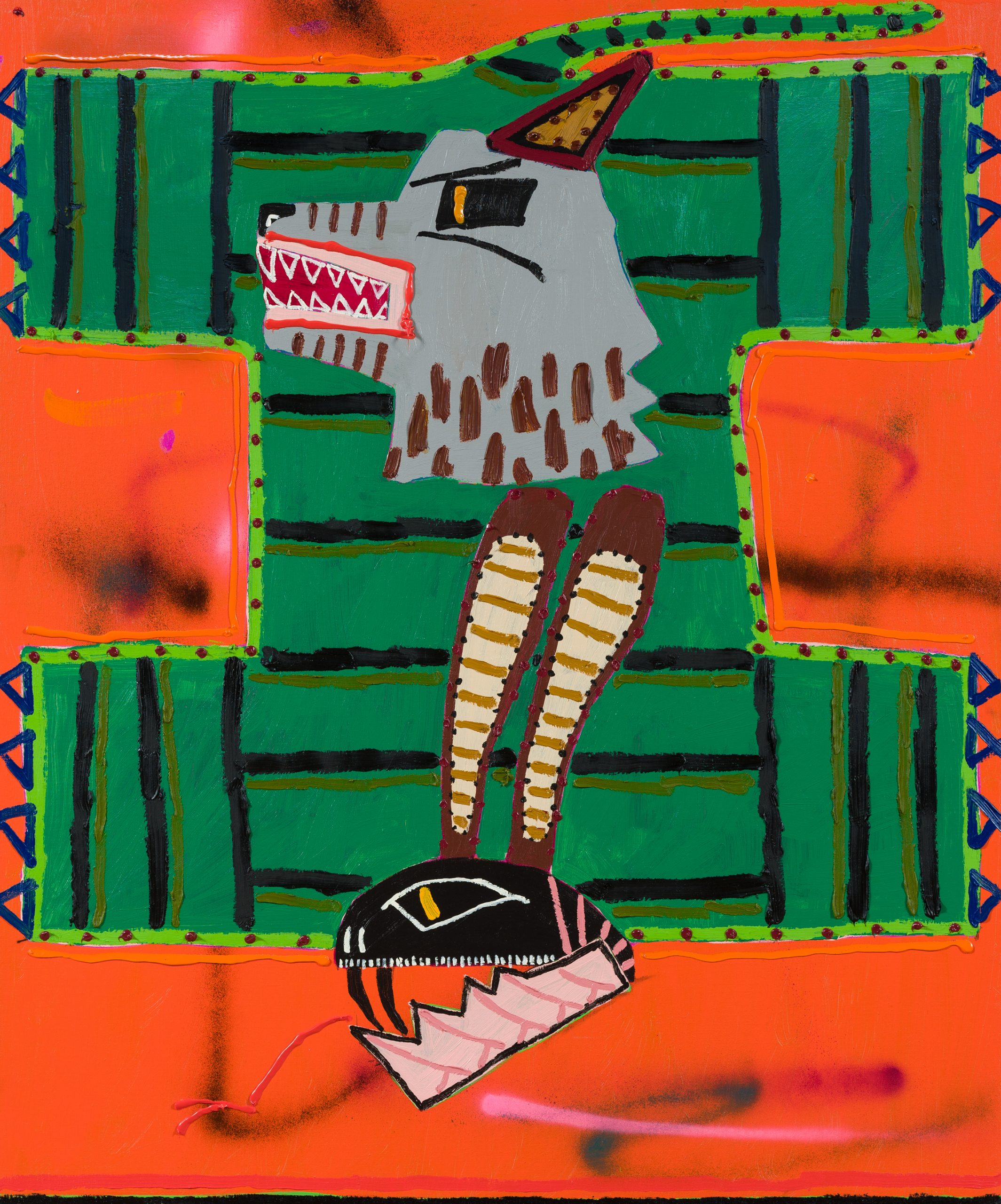 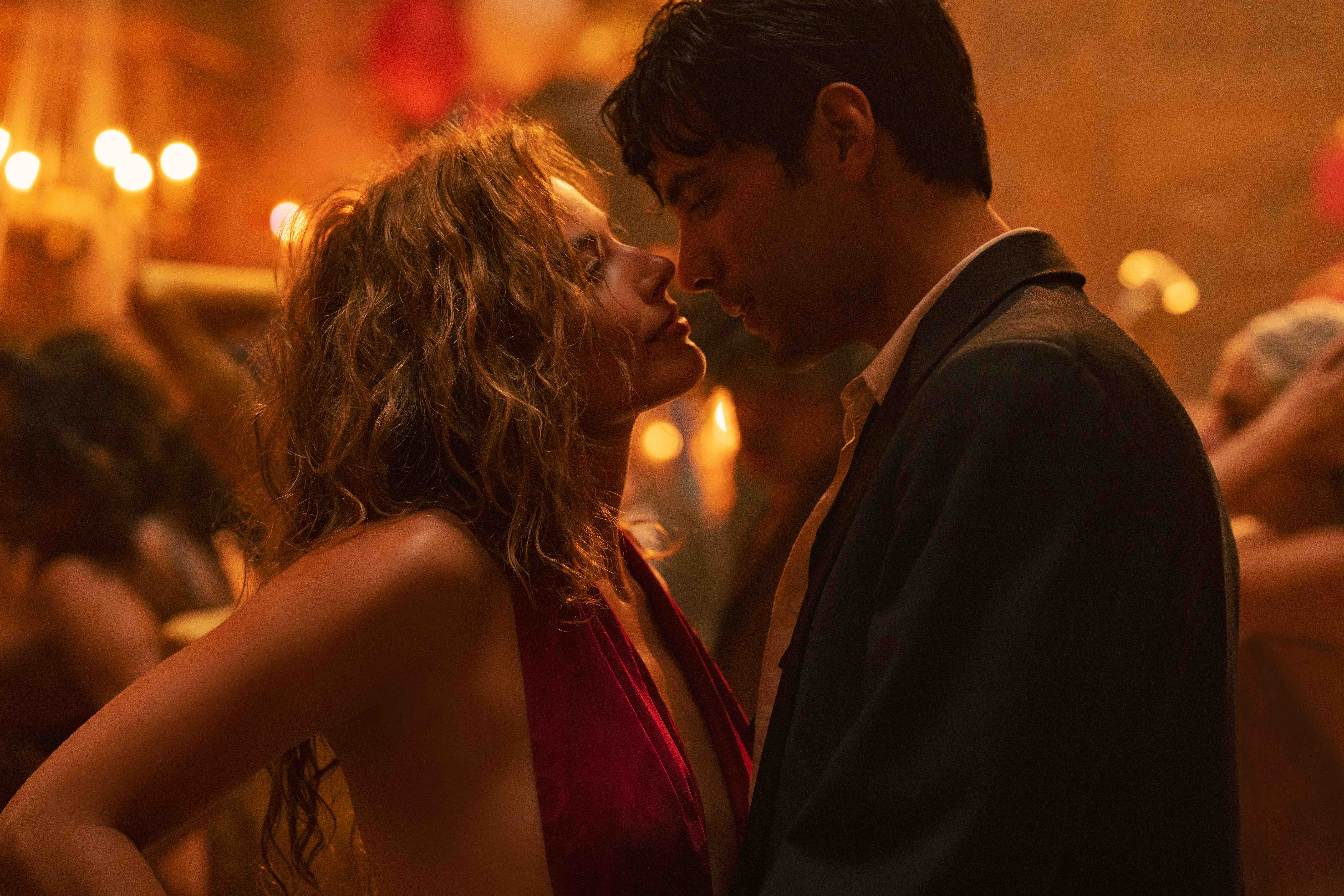 Damien Chazelle’s new film is a story of boundless ambition and outrageous excess, retracing the rise and fall of multiple characters in an era of unbridled decadence and depravity in early 20s Hollywood.

A tribute to Mexico 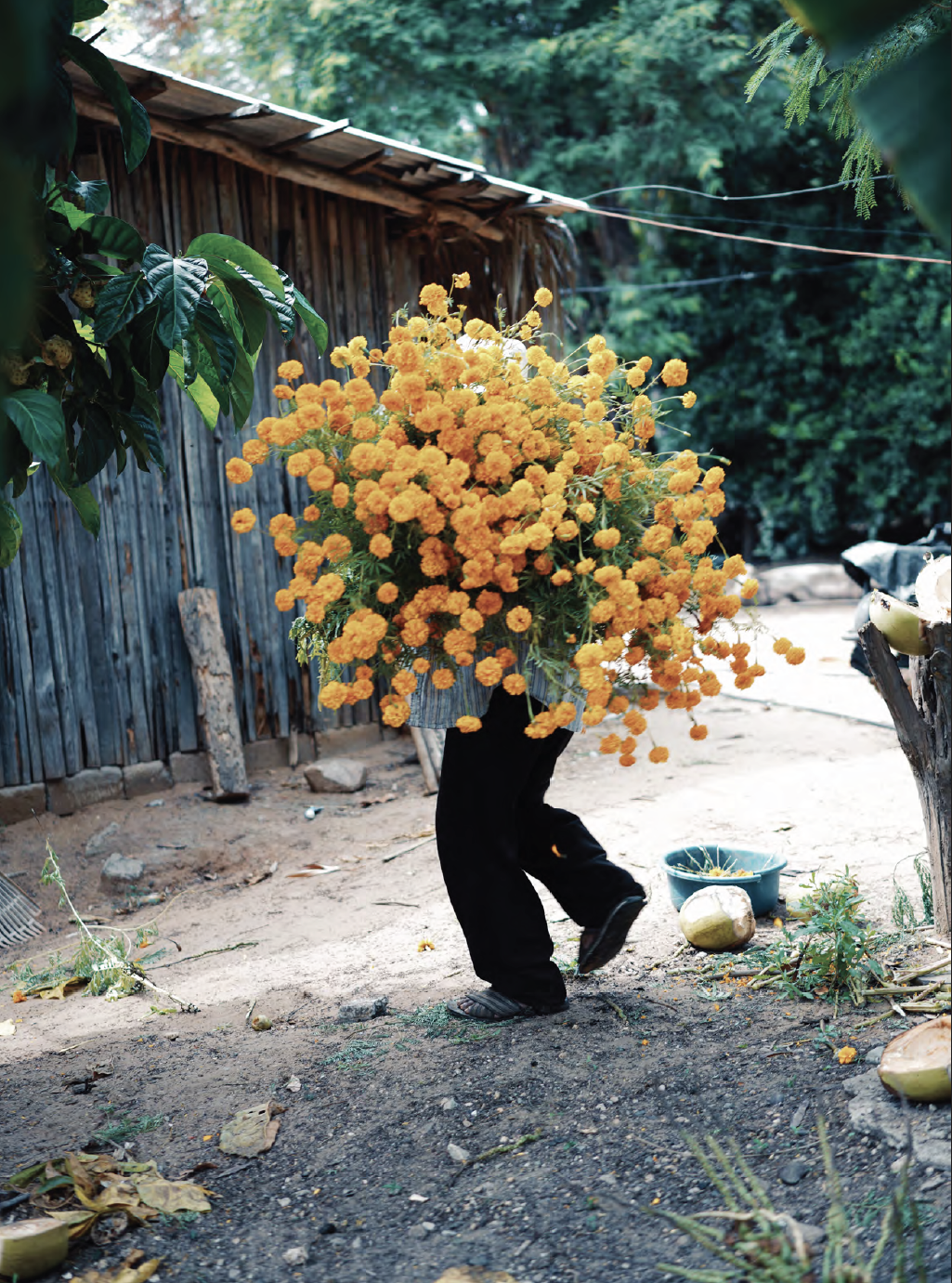 Flechazo is the Pia Riverola collection photographs realized as a love letter to Mexico, to its culture and its people, by traveling the reader through dreamy pastel-colored landscapes. 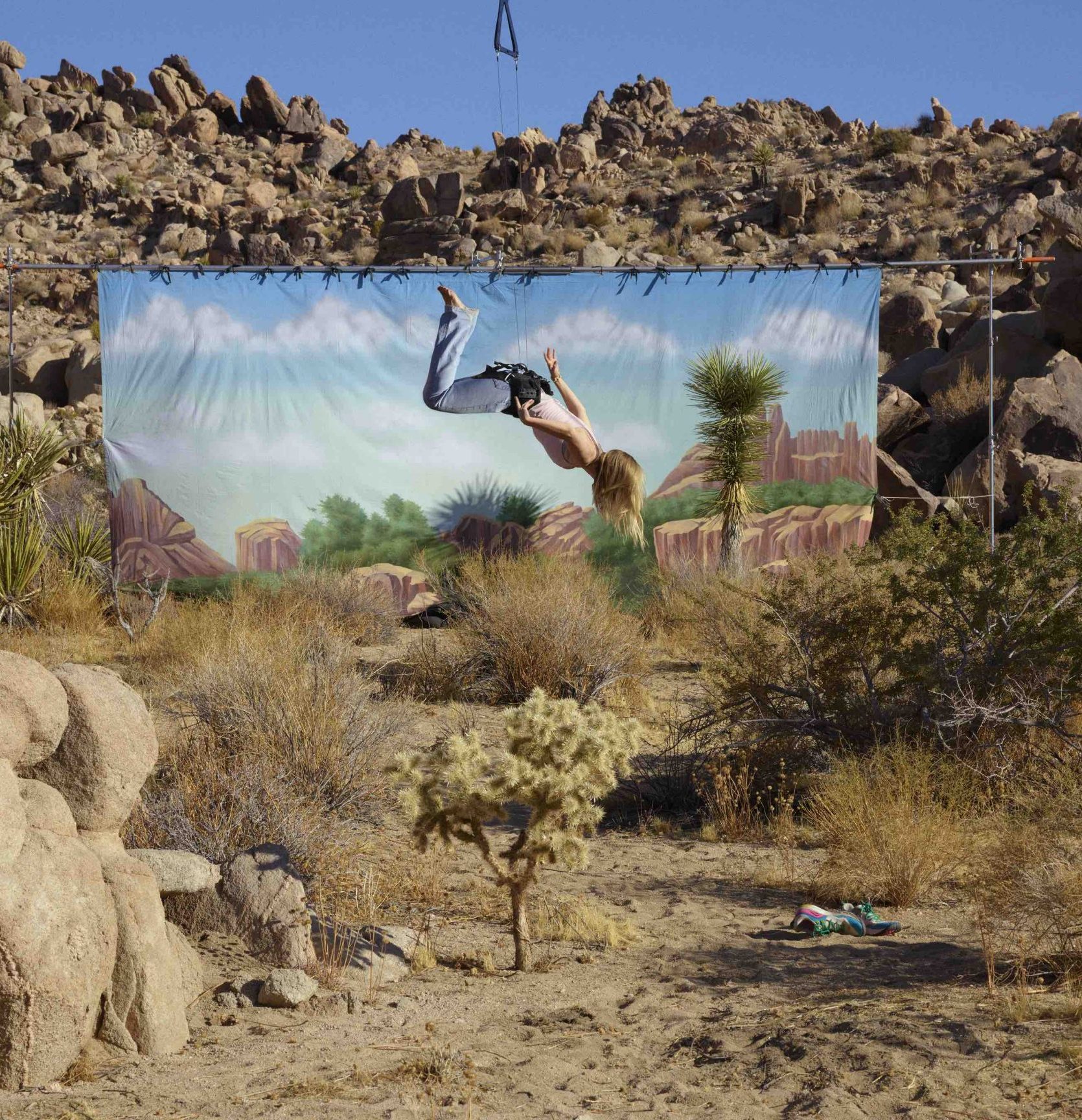 Sam Taylor-Johnson shows herself in photographic self-portraits suspended in the air, explaining her inner conflict and exploring the vulnerability shared by the humans condition.

THE CHARM
OF VILLA MEDICI 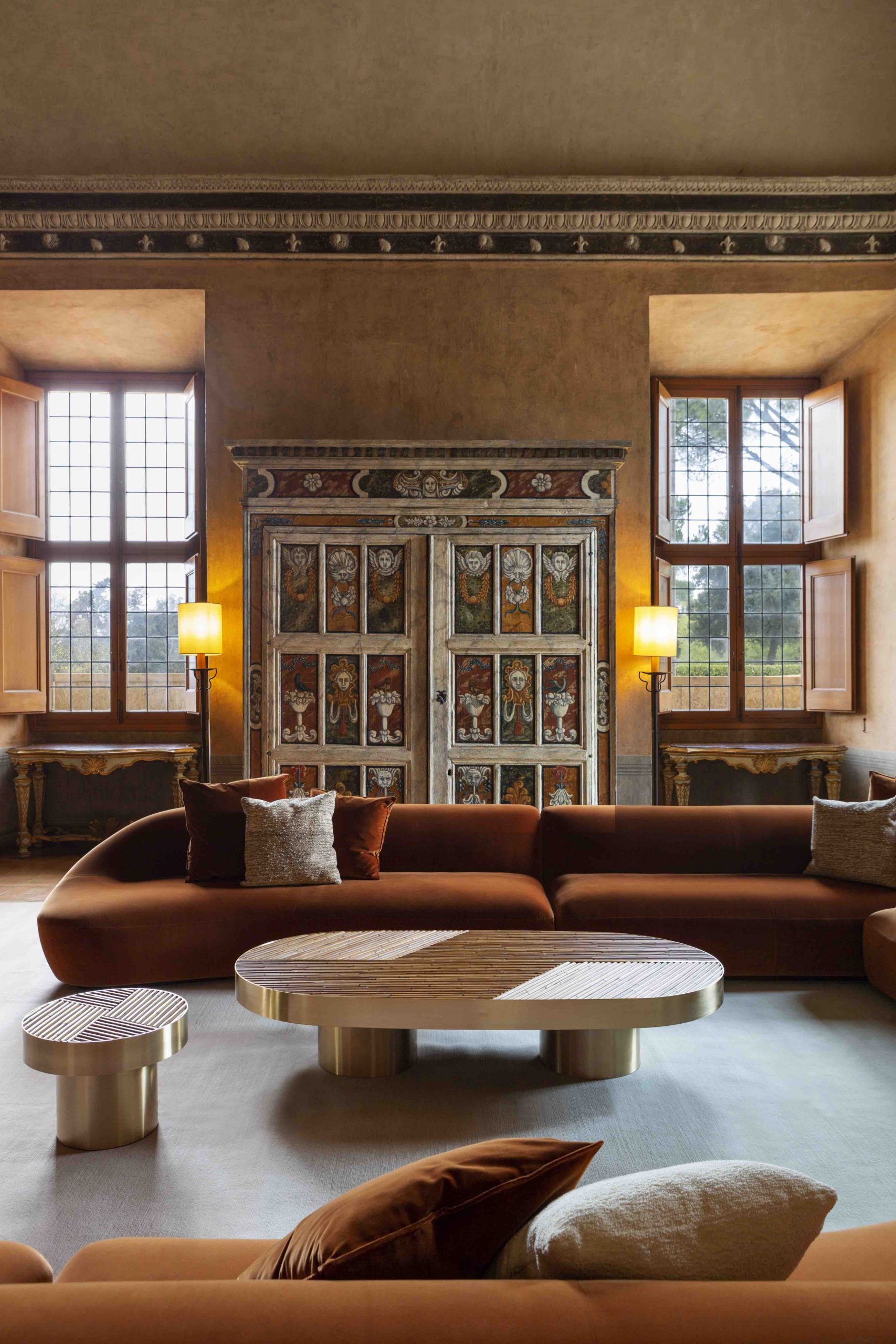 The exclusive collaboration between Fendi and the Academy of France in Rome, with the support of Mobilier National, enables the refurbishment of the six historic Salons of Villa Medici, creating a dialogue between classical art and contemporary design. 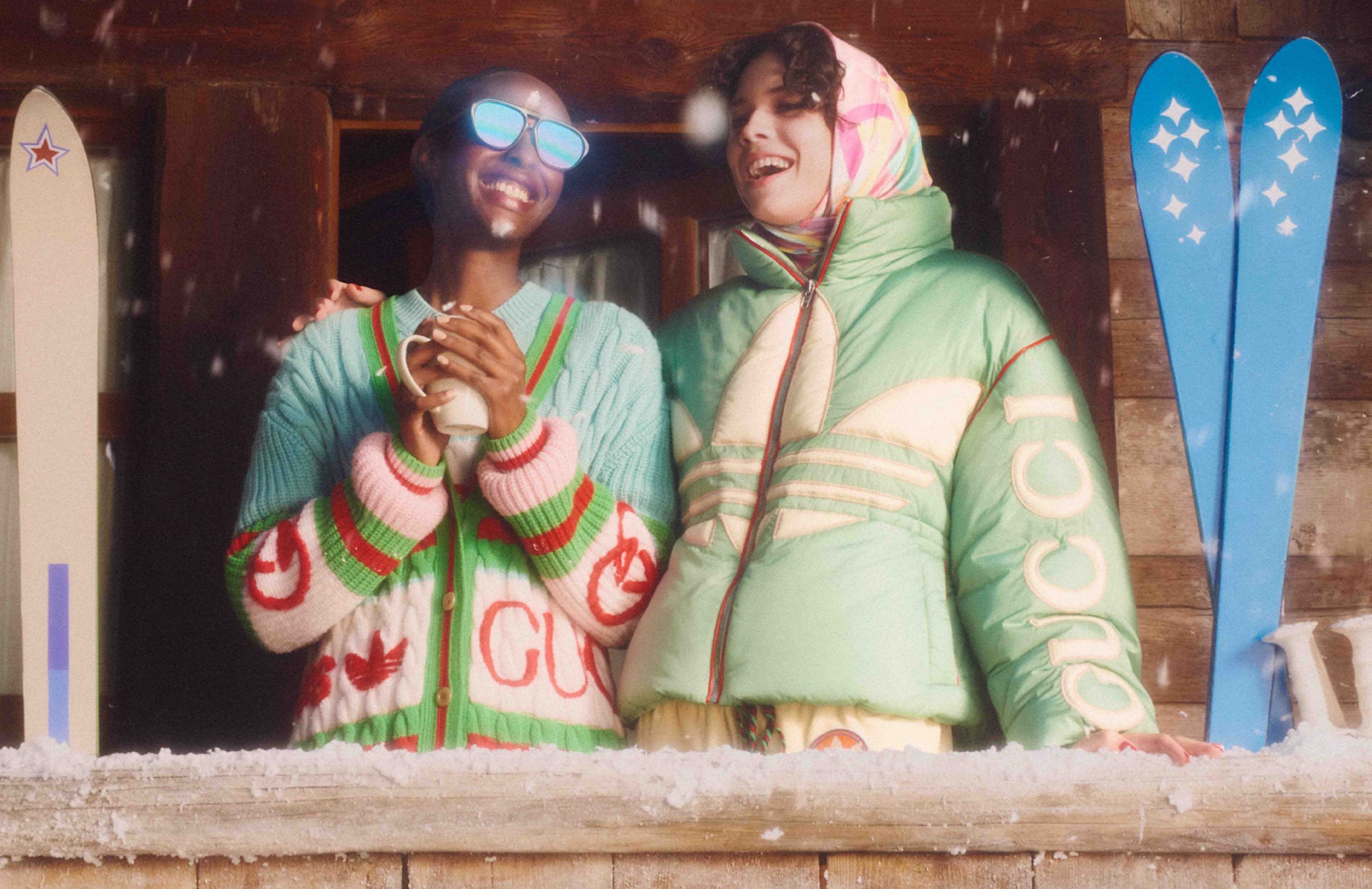 The Maison presents the new Gucci Après-Ski collection, a selection of garments designed for a luxurious and refined high-altitude season told through a retro campaign inspired by the relaxed atmosphere of winter holidays.